Skip to content
You are here: Home / News / Joint Testing and Va… 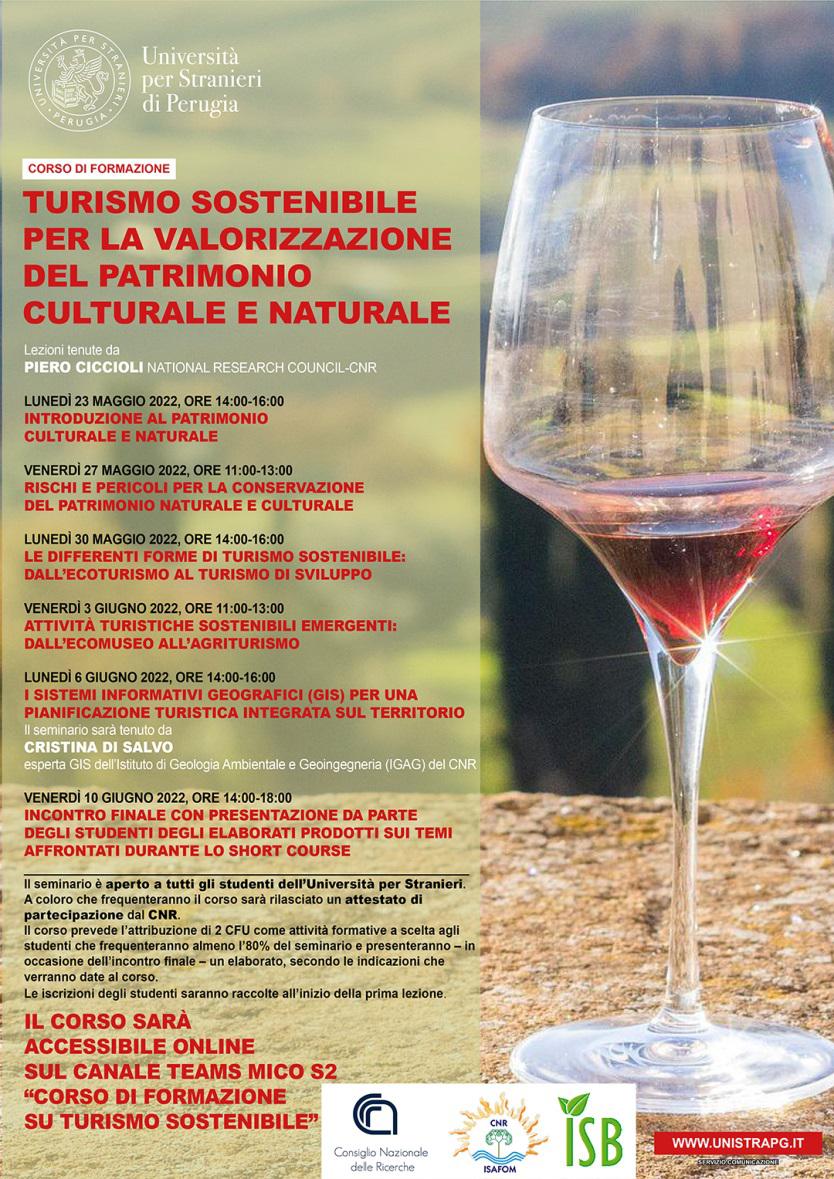 In Italy, the testing and valorization process of the products of the CHERISH Project was carried out between May and April 2022 through activities performed in collaboration with the University for Foreigners of Perugia. This partner was chosen because it boasts an international higher education offer and presents two Bachelor Degree Courses particularly suitable for testing the products of the CHERISH Project. These Degree Courses are namely “Made In Italy, Cibo e Ospitalità” (“Made in Italy, Food and Hospitality”, MICO from now on) and “Studi Internazionali per la Sostenibilità e la Sicurezza Sociale” (“International Studies for Sustainability and Social Security”, SIS from now on). The first one is a pioneering Bachelor Degree Course that combines Gastronomic Sciences and Tourism Science, while the second presents an innovative approach to Political Science and International Relations studies that pays particular attention to sustainable development. For these reasons, the products of the Project can be potentially interesting for those who follow these two Degree Courses as well as can be evaluated by students who already have a solid background on some of the topics covered in the teaching modules.

By following the methodology developed for testing the products of the CHERISH Project, the students were presented with the three Introductory Modules of O-2 as well as the entire Advanced Module 3 of O-3 that contains all the six Operational Tools developed by the two Italian partners of the Project (CNR and ERFAP Lazio). Moreover, the Professionalizing Module of O-4, focused on the use of Geographic Information Systems (GIS, from now on) for integrated territorial management, was presented as well.

Therefore, the coordinator of the CHERISH Project, Dr. Piero Ciccioli, and the president of the MICO Degree Course, Prof. Giovanni Capecchi, collaborated to set up at the aforementioned University a free advanced training short course on “Sustainable Tourism for the Valorization of Cultural and Natural Heritage”. The short course was held by Dr. Piero Ciccioli who, for the occasion, adapted and customized the contents of the original modules in order to create a coherent and self-consistent training path.

The short course ran from May 23rd 2022 to June 10th 2022, it was held in distance learning mode and was made accessible to all the students of the Degree Courses of MICO and SIS of the University for Foreigners of Perugia. It lasted a total of ten hours and was divided into five seminars, each of which was dedicated to present the contents of one of the five aforementioned Modules developed during the Project. 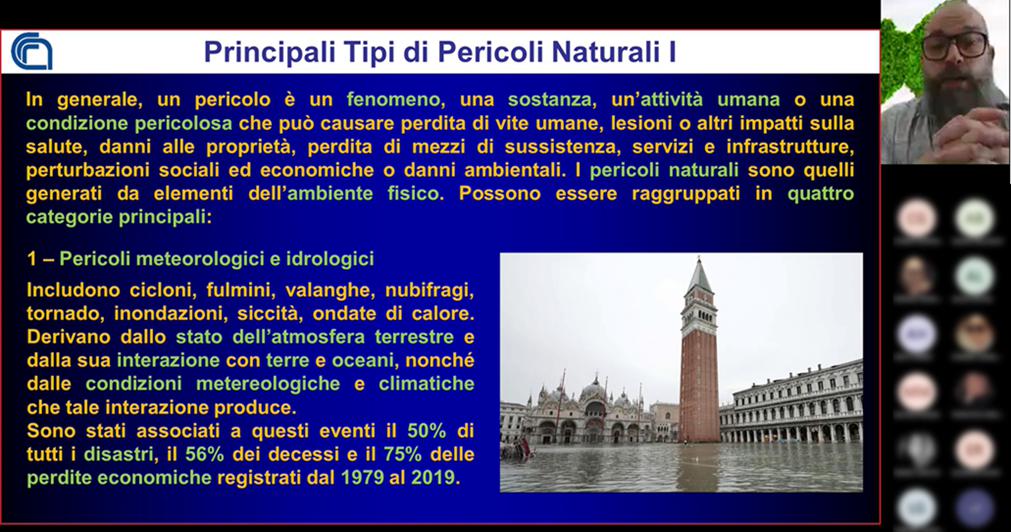 Figure 2: A screenshot taken during the first seminar of the short course that depicts Dr. Piero Ciccioli while he was presenting the contents of the first Introductory Module of O-2 that deals with the relationship between Non-Reproducible Goods and the environment.

In this regard, it’s important to specify that the fifth and last seminar was not held by Dr. Piero Ciccioli but by Dr. Cristina Di Salvo of the “Institute of Environmental Geology and Geo-engineering” of the CNR, who is an expert of GIS as well as the main author of the O-4 Module. 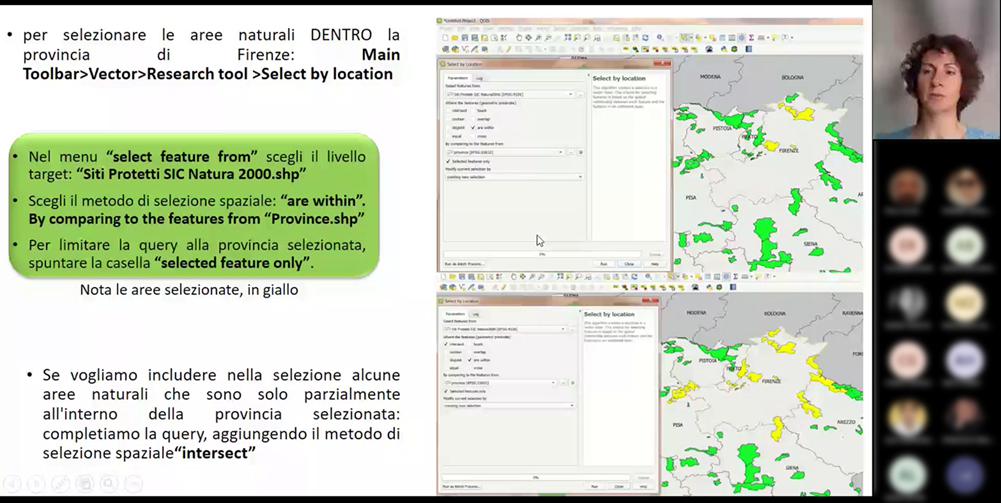 Figure 3: A screenshot taken during the fifth seminar of the short course that depicts Dr. Cristina Di Salvo while she was presenting the contents of the Professionalizing Module of O-4 that deals with GIS tools.

All students were asked to fill in the questionnaire for the evaluation of the products CHERISH Project. They were also left free to choose to optionally produce a digital presentation on some of the topics covered during the course in order to test the knowledge they had earned.

The 14 students who decided to develop the digital presentation autonomously organized themselves into four groups (two composed of three students and two composed of four students) and their works were aimed at producing in-depth studies on some of the topics presented in the short course through the analysis of selected case studies. During a sixth meeting that was held after the end of the short course, on June 10th, they had to illustrate the contents of their works to Dr. Piero Ciccioli through a short presentation. As a reward they received the official certificate of attendance to the course, the assignment of two university training credits and the publication of their digital work on the website of the CHERISH Project. Their digital presentations are, thus, presented as follows:

Group I: “The New World of Ecomuseums – The Trentino Ecomuseums Network”

The group was made up by Francesca Passarini, Agnese Bellanca and Giulia Riganti Fulginei. They presented an overview of the Trentino Ecomuseums Network, one of the oldest and largest in Italy, by illustrating the main characteristics of each ecomuseum in terms of landscape, cultural (tangible and intangible) and natural assets typical of the territory.

Group II: “An Itinerary in Tuscia on the Ancient Via Francigena”

The second group was made up by Fairouz Mohammedi, Nyamaa Lkhagvajav and Aneta Haber. The group has envisioned an ecotourism route in the Northern Latium, describing the different types of Cultural and Natural Heritage that can be found along the way and also highlighting in which category of classification they belong (e.g. UNESCO World Heritage Site, Local Intangible Cultural Heritage etc.).

The third group was made by Eleonora Rusin, Luca Germondari, Noemi Chiostri and Alissa Lachin. They proposed an in-depth analysis of the “Venice World Capital of Sustainability” Foundation aimed at carrying out a project that would lead the city to be a sustainable tourist destination. The presentation explored the critical issues of the city as a tourist destination in the light of appropriate indicators and illustrated the main solutions to stimulate responsible tourism in Venice.

Group IV: “Right to Have Holidays and Cost for the Environment”

The third group was made by Magdalena Zurek, Anna Ida Telmo, Santina Androne and Aurora di Cataldo. They presented a study on infrastructure for public transport in Italy from the point of view of tourist flows, presenting both historical-economic aspects (e.g. how the railway network has evolved in Italy) and economic-environmental aspects (e.g. evaluation of costs and carbon footprints for different types of means of transport used for tourism purposes in the Country).

This website uses cookies to improve your experience while you navigate through the website. Out of these cookies, the cookies that are categorized as necessary are stored on your browser as they are essential for the working of basic functionalities of the website. We also use third-party cookies that help us analyze and understand how you use this website. These cookies will be stored in your browser only with your consent. You also have the option to opt-out of these cookies. But opting out of some of these cookies may have an effect on your browsing experience.
Necessary Always Enabled
Necessary cookies are absolutely essential for the website to function properly. This category only includes cookies that ensures basic functionalities and security features of the website. These cookies do not store any personal information.
Non-necessary
Any cookies that may not be particularly necessary for the website to function and is used specifically to collect user personal data via analytics, ads, other embedded contents are termed as non-necessary cookies. It is mandatory to procure user consent prior to running these cookies on your website.
SAVE & ACCEPT